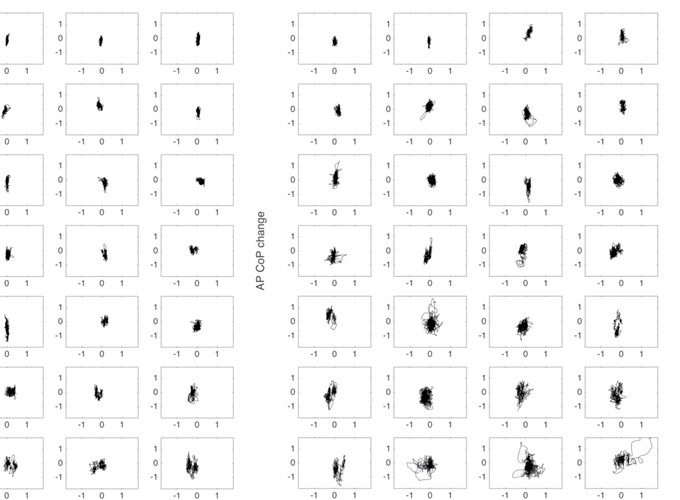 Motor abnormalities are among the most robust findings in schizophrenia, and increasing evidence suggests they are a core feature of the disorder. Postural sway during balance tasks is a highly sensitive probe of sensorimotor systems including the cerebellum, basal ganglia, and motor cortices. Postural sway deficits are present in schizophrenia as well as groups at high risk for psychosis, suggesting altered postural control may be sensitive to the pathophysiological processes associated with risk and expression of schizophrenia spectrum disorders. This study examined postural sway performance in schizotypal personality disorder (SPD). Individuals with SPD have attenuated psychotic symptoms and share genetic risk with schizophrenia but are usually free from antipsychotic medication and other illness confounds, making SPD useful for assessing candidate biomarkers. We measured postural sway using force plates in 27 individuals with SPD, 27 carefully matched controls, and 27 matched patients with schizophrenia. It was predicted that postural sway in the SPD group would fall intermediate to schizophrenia and controls. In all conditions (eyes open and closed, with feet together or apart), the SPD group swayed significantly more than the controls, as measured by path length and sway area. Moreover, the magnitude of the sway deficit was comparable in the SPD and schizophrenia groups. These findings suggest that postural sway measures may represent a sensorimotor biomarker of schizophrenia spectrum disorders.