Anisotropies in judging the direction of moving natural scenes 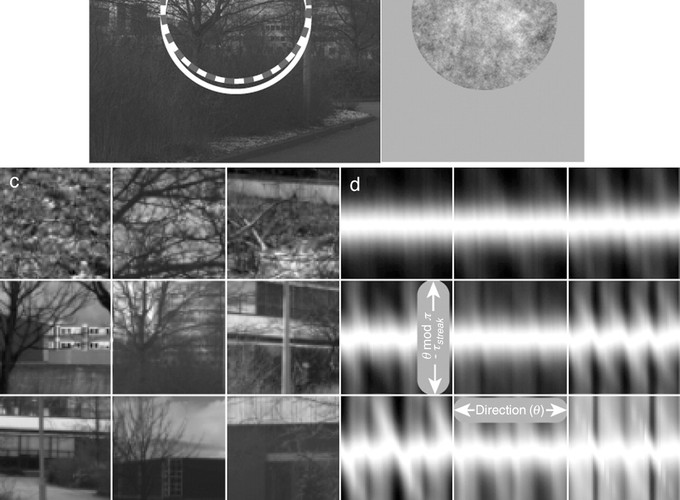 Anisotropies in judging the direction of moving natural scenes

Although visual systems are optimized to deal with the natural visual environment, our understanding of human motion perception is in large part based on the use of artificial stimuli. Here, we assessed observers’ ability to estimate the direction of translating natural images and fractals by having them adjust the orientation of a subsequently viewed line. A system of interleaved staircases, driven by observers’ direction estimates, ensured that stimuli were presented near one of 16 reference directions. The resulting error distributions (i.e., the differences between reported and true directions) reveal several anisotropies in global motion processing. First, observers’ estimates are biased away from cardinal directions (reference repulsion). Second, the standard deviations of estimates show an “oblique effect” being ∼45% lower around cardinal directions. Third, errors around cardinal directions are more likely (∼22%) to approach zero than would be consistent with Gaussian-distributed errors, suggesting that motion processing minimizes the number as well as magnitude of errors. Fourth, errors are similar for natural scenes and fractals, indicating that observers do not use top-down information to improve performance. Finally, adaptation to unidirectional motion modifies observers’ bias by amplifying existing repulsion (e.g., around cardinal directions). This bias change can improve direction discrimination but is not due to a reduction in variability.