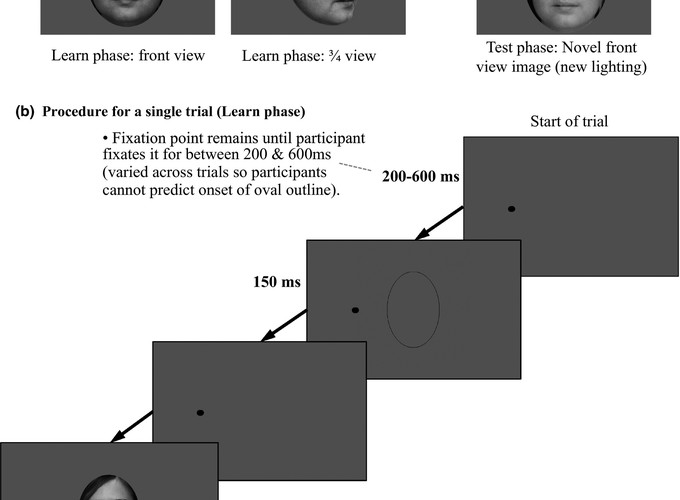 This study distinguished between different subclusters of autistic traits in the general population and examined the relationships between these subclusters, looking at the eyes of faces, and the ability to recognize facial identity. Using the Autism Spectrum Quotient (AQ) measure in a university‐recruited sample, we separate the social aspects of autistic traits (i.e., those related to communication and social interaction; AQ‐Social) from the non‐social aspects, particularly attention‐to‐detail (AQ‐Attention). We provide the first evidence that these social and non‐social aspects are associated differentially with looking at eyes: While AQ‐Social showed the commonly assumed tendency towards reduced looking at eyes, AQ‐Attention was associated with increased looking at eyes. We also report that higher attention‐to‐detail (AQ‐Attention) was then indirectly related to improved face recognition, mediated by increased number of fixations to the eyes during face learning. Higher levels of socially relevant autistic traits (AQ‐Social) trended in the opposite direction towards being related to poorer face recognition (significantly so in females on the Cambridge Face Memory Test). There was no evidence of any mediated relationship between AQ‐Social and face recognition via reduced looking at the eyes. These different effects of AQ‐Attention and AQ‐Social suggest face‐processing studies in Autism Spectrum Disorder might similarly benefit from considering symptom subclusters. Additionally, concerning mechanisms of face recognition, our results support the view that more looking at eyes predicts better face memory.