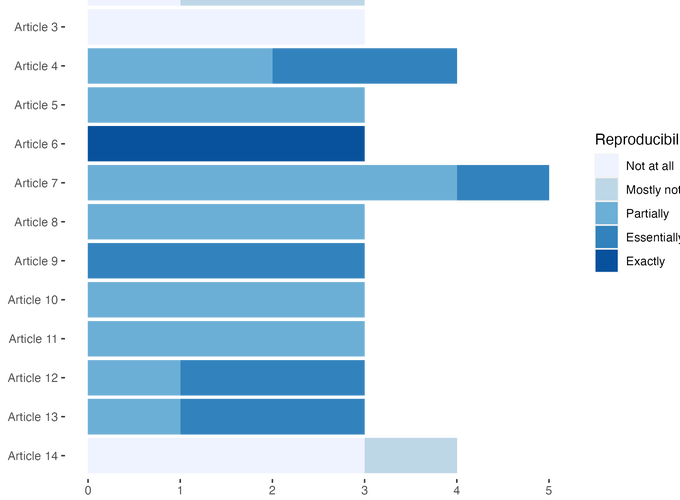 In April 2019, Psychological Science published its first issue in which all research articles received the Open Data badge. We used that issue to investigate the effectiveness of this badge, focusing on the adherence to its stated aim at Psychological Science: ensuring reproducibility of results. Twelve researchers of varying experience levels attempted to reproduce the results of the empirical articles in the target issue (at least three researchers per article). We found that all articles provided at least some data, 6 of 14 articles provided analysis code or scripts, only 1 of 14 articles was rated to be exactly reproducible, and 3 of 14 essentially reproducible with minor deviations. We recommend that Psychological Science require a check of reproducibility at the peer review stage before awarding badges, and that the Open Data badge be renamed “Open Data and Code” to avoid confusion and encourage researchers to adhere to this higher standard.