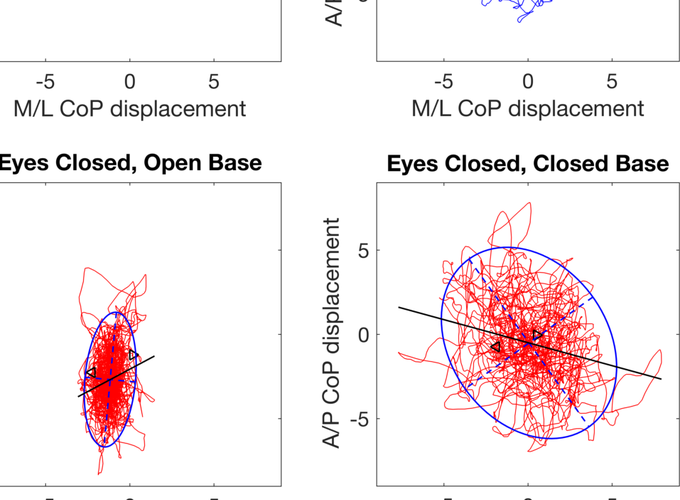 Cybersickness is common during virtual reality experiences with head-mounted displays (HMDs). Previously it has been shown that individual differences in postural activity can predict which people are more likely to experience visually-induced motion sickness. This study examined whether such predictions also generalise to the cybersickness experienced during active HMD-based virtual reality. Multisensory stimulation was generated by having participants continuously turn their heads from left to right while viewing the self-motion simulations. Real-time head tracking was then used to create ecological (‘compensated’) and non-ecological (‘inversely compensated’) head-and-display motion conditions. Ten (out of 20) participants reported feeling sick after being exposed to these self-motion simulations. Cybersickness did not differ significantly between the two compensation conditions. However, individual differences in spontaneous postural instability when standing quietly were found to predict the likelihood of subsequently experiencing cybersickness. These findings support recent proposals that postural measures can help diagnose who will benefit the most/least from HMD-based virtual reality.