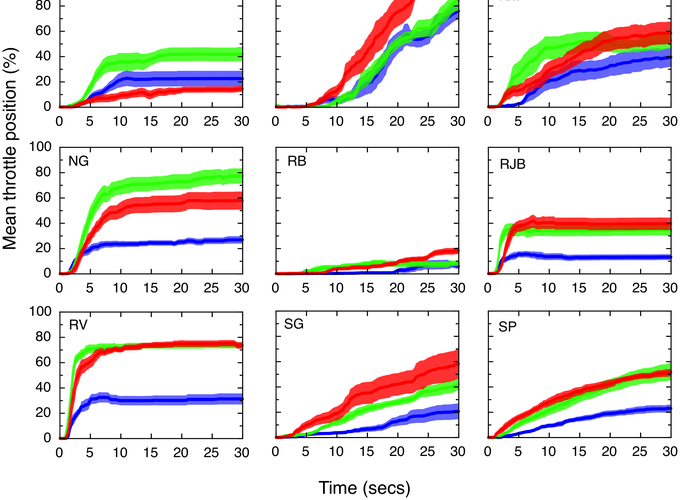 Illusory self-motion (‘vection’) in depth is strongly enhanced when horizontal/vertical simulated viewpoint oscillation is added to optic flow inducing displays; a similar effect is found for simulated viewpoint jitter. The underlying cause of these oscillation and jitter advantages for vection is still unknown. Here we investigate the possibility that perceived speed of motion in depth (MID) plays a role. First, in a 2AFC procedure, we obtained MID speed PSEs for briefly presented (vertically oscillating and smooth) radial flow displays. Then we examined the strength, duration and onset latency of vection induced by oscillating and smooth radial flow displays matched either for simulated or perceived MID speed. The oscillation advantage was eliminated when displays were matched for perceived MID speed. However, when we tested the jitter advantage in the same manner, jittering displays were found to produce greater vection in depth than speed-matched controls. In summary, jitter and oscillation advantages were the same across experiments, but slower MID speed was required to match jittering than oscillating stimuli. Thus, to the extent that vection is driven by perceived speed of MID, this effect is greater for oscillating than for jittering stimuli, which suggests that the two effects may arise from separate mechanisms.