Temporal integration of movement: the time-course of motion streaks revealed by masking 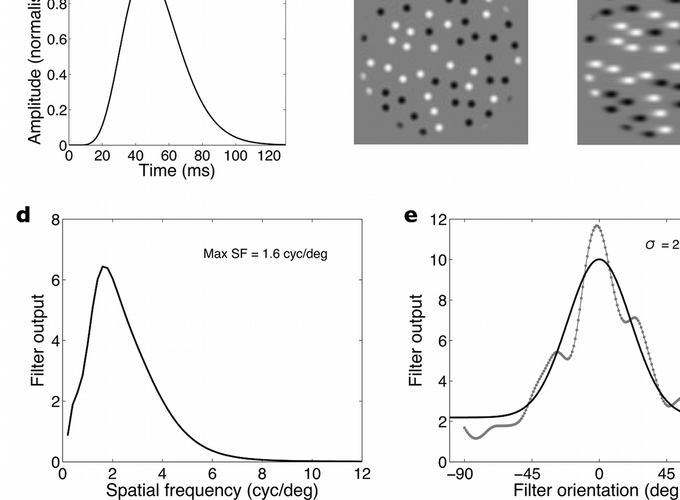 Temporal integration of movement: the time-course of motion streaks revealed by masking

Temporal integration in the visual system causes fast-moving objects to leave oriented ‘motion streaks’ in their wake, which could be used to facilitate motion direction perception. Temporal integration is thought to occur over 100 ms in early cortex, although this has never been tested for motion streaks. Here we compare the ability of fast-moving (‘streaky’) and slow-moving fields of dots to mask briefly flashed gratings either parallel or orthogonal to the motion trajectory. Gratings were presented at various asynchronies relative to motion onset (from to ms) to sample the time-course of the accumulating streaks. Predictions were that masking would be strongest for the fast parallel condition, and would be weak at early asynchronies and strengthen over time as integration rendered the translating dots more streaky and grating-like. The asynchrony where the masking function reached a plateau would correspond to the temporal integration period. As expected, fast-moving dots caused greater masking of parallel gratings than orthogonal gratings, and slow motion produced only modest masking of either grating orientation. Masking strength in the fast, parallel condition increased with time and reached a plateau after 77 ms, providing an estimate of the temporal integration period for mechanisms encoding motion streaks. Interestingly, the greater masking by fast motion of parallel compared with orthogonal gratings first reached significance at 48 ms before motion onset, indicating an effect of backward masking by motion streaks.